BRUCE FEILER is one of America’s most thoughtful voices on contemporary life. He is the author

of seven New York Times bestsellers; the presenter of two prime-time series on PBS; and the inspiration for the NBC drama series COUNCIL OF DADS. Bruce’s three TED Talks have been viewed more than four million times. A former columnist with the New York Times, Bruce writes the popular newsletter The Nonlinear Life about navigating life’s ups and downs.

Employing a firsthand approach to his work, Bruce is known for living the experiences he writes about. His work combines timeless wisdom with timely knowledge to encourage people to live with more meaning, passion, and joy. His latest book, LIFE IS IN THE TRANSITIONS: Mastering Change at Any Age, describes his journey across America, collecting hundreds of life stories, exploring how we can navigate life’s growing number of life transitions with purpose and skill. “One of those books that’s so profoundly aligned with the zeitgeist that you end up underlining the whole book,” Arianna Huffington wrote in Thrive Global. “Bruce Feiler is the perfect person to lead us on this journey.” The book was a Top 10 New York Times bestseller.

Bruce’s new book, THE SEARCH: Finding Meaningful Work in a Post-Career World, will be published in 2023.

Bruce has long explored the intersection of families, relationships, health, and happiness. His book THE SECRETS OF HAPPY FAMILIES collects best practices from some of the country’s most creative minds. The book was featured on World News, GMA, and TODAY and excerpted in the Wall Street Journal, the New York Times, and Parade. THE COUNCIL OF DADS describes how, faced with one of life’s greatest challenges, he asked six friends to support his young daughters. The book was profiled in PEOPLE, USA Today, and Time and was the subject of a CNN documentary hosted by Dr. Sanjay Gupta. 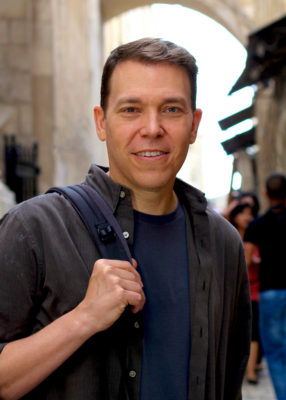 For over two decades, Bruce has been one of the country’s preeminent thinkers about the role of spirituality in contemporary life. WALKING THE BIBLE describes his 10,000-mile journey retracing the Five Books of Moses through the desert. (“An instant classic,” Washington Post). The book spent a year and a half on the New York Times bestseller list and has been translated into fifteen languages.

ABRAHAM recounts his search for the shared ancestor of the monotheistic religions. (“Exquisitely written,” Boston Globe). WHERE GOD WAS BORN describes his trek visiting biblical sites throughout Israel, Iraq, and Iran. (“Bruce Feiler is a real-life Indiana Jones,” Atlanta Journal-Constitution). AMERICA’S PROPHET is the groundbreaking story of the influence of Moses on American history. THE FIRST LOVE STORY is a journey across four continents exploring how Adam and Eve shaped our deepest feelings about relationships. (“A miraculous thing—the literary equivalent of breathing new life into a figure of clay,” New York Times Book Review; “Feiler’s best work yet,” Publishers Weekly). 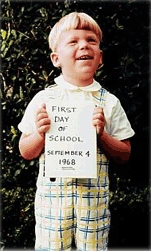 Bruce is the writer/presenter of two prime-time series on PBS: WALKING THE BIBLE (“Beguiling,” Wall Street Journal) and SACRED JOURNEYS WITH BRUCE FEILER, in which he retraces pilgrimages in France, India, Japan, Israel, Nigeria, and Saudi Arabia. (“Feiler is the perfect guide,” Newsday).

A longtime contributor to New York Times, Bruce has written for numerous publications, including The New Yorker, The Wall Street Journal, Harvard Business Review, and Gourmet, where he won three James Beard Awards. He is a frequent commentator on radio and television. A former circus clown, he has been the subject of a Jay Leno joke and a JEOPARDY! question, and his face appears on a postage stamp in the Grenadines.

A native of Savannah, Georgia, Bruce lives in Brooklyn with his wife, Linda Rottenberg, and their identical twin daughters.